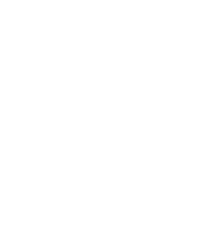 Natural sugar cane wax was produced in South Africa in 1924, it was a dark colored sugarcane wax that was mainly used for the production of candles for the Russian Orthodox Church. Due to the Russian Revolution and the associated war against the church the use of sugarcane wax decreased to such an extent that production was eventually stopped.

95 years later Origen Chemicals, based in KwaZulu Natal, South Africa has developed a unique process to extract this prized wax after several years of research and evaluation. The revitalization towards this natural sugarcane wax is underway with numerous end use applications.

Candles have evolved from a source of light and religious ceremony to bespoke designs, colors and fragrances. This natural wax can be used for traditional uses and all the new age benefits of aromatherapy, insect repellency, ambiance and relaxation.

Origen’s natural wax has a lower melting point than other waxes, is biodegradable and has a softer texture with an inherent smokey aromatic flavor. It is regionally produced from sustainable GMO-free sugarcane feedstocks under rain-fed lands that are hand cut and produced without any child labor.

Sugar cane wax is ideal for use in bespoke candles, paper and packaging coatings, ink formulations, surf wax and leisure lifestyle protective wax, cosmetics such as lipsticks, hair treatments, food applications such as chocolates and chewing gums, food and fruit coatings to preserve the fruit.